Although the biggest and most crucial story to come out of the Istanbul protests is the completely shocking and violent police treatment of the peaceful protesters, one that I find so gripping is the unity of citizens to protect and defend their public space.

Much of the Occupy movement has seen the use of space to protest against non-spatial issues, but this is about protecting the public realm itself and what it stands for: sharing the city, civic freedom, urban wellbeing, belief in the very public it creates a space for. Beyond protecting trees, this is about the democratic right to the city.

Space is where it starts. Space to think, to be, to interact. Working in public consultation for urban regeneration as I do, I passionately defend a community’s say in how their city develops and what their city means. To not take into account the needs and lives of the public is to dismiss the citizens entirely from the notion of a city. It is the citizens that make these places into cities. The streets, the squares, the parks – these are our spaces where we can be human, together. They are worth defending, worth protecting. Turkey’s police response across the country to these protests cast themselves as villains of civility and urban life itself.

Many have written about the dangers of privatising public space, even when it remains ‘open’. To replace democratic public realm with controlled space drains the city of its vitality and honesty. Spaces are increasingly surveilled, commercialised and exclusive, welcoming a restricted public of appropriately behaved consumers. Through these processes, neoliberal interests are prioritised at the expense of social justice.

But this is not new: public space has and always will be contested. What has happened with Gezi Park reminded me of People’s Park in Berkeley, 1969. When protesters tried to defend the park from redevelopment, ‘Bloody Thursday’ ensued, in which police fired tear gas, killed a student and were authorised to use whatever methods they chose against the protesters. For two weeks, Governor Reagan kept 2,700 National Guard troops in Berkeley, who continued to use teargas against even small demonstrations. 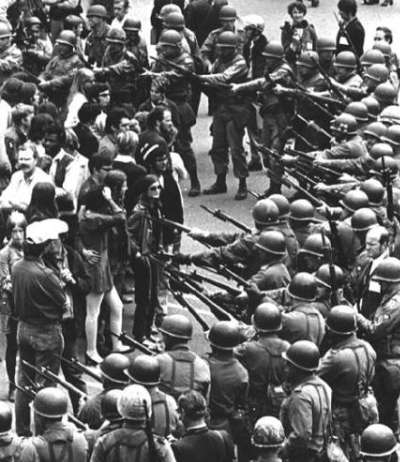 After years of contestation, confrontation and threats of development, the People’s Park remains just that: a park for all. It continues to be defended as a democratic place of political activism, unmediated interaction and access.

Such egalitarian public space is needed to facilitate social interaction, inclusion, representation, political mobilisation and expression. To sacrifice not just the space, but the democracy of the city itself, is the perfect example of how misguided urbanisation will lead to cities running themselves in to the ground – or rather, into the air conditioned tomb of a shopping mall.

With thanks to Izzy Finkel, writer, editor and friend based in London and Istanbul.

See her article in Salon: ‘Istanbul Protest is – and is not – about the trees’