A large part of how I became so fascinated by cities – namely London – was by walking through them; exploring by foot the possibilities and complexities that such a place could offer. Walking is, for me, associated with a feeling of freedom and discovery. The best way to experience cities is to move through them: bringing yourself to the street and in contact with an immense variety of other lives and places helps you to feel a part of the world and to understand it. Walking is a both a confrontational and comforting way to form a relationship with the city.

In my work we organise ‘walk and talks’ as a key form of consultation for urban development. Our objective is to understand a particular area of the city and how its local community of residents and businesses uses it, interacts with it, and thinks about it. By treading the streets and moving through the places themselves, it uncovers far more than simple conversation. Walking through a place is an illuminating form of communication with – and about – the city.

I strongly believe in the power of participation in public life. I don’t believe you can get the most from a city by observing it through a car window. Walking – being connected to the urban fabric – is increasingly important in an age where vehicles intensify human disconnection from space. As Brendan Crain writes, ‘it is within our power to create a better city simply by being present’. Streets come to life when we walk on them.

Part of the freedom I associate with urban walking is the freedom to determine your own route, your own pace, to be accountable only to yourself. The appeal of this lies in the fact that such freedoms are limited in our urban lives – of work, pressures, expectation, commitment. Moving through the streets, as part of the streets, can empower and liberate.

The political potency of walking through the city – occupying the streets, participating in protest marches – has a long history. But these crucial public acts continue to highlight the importance of the freedom and symbolic action that walking through city spaces can offer. 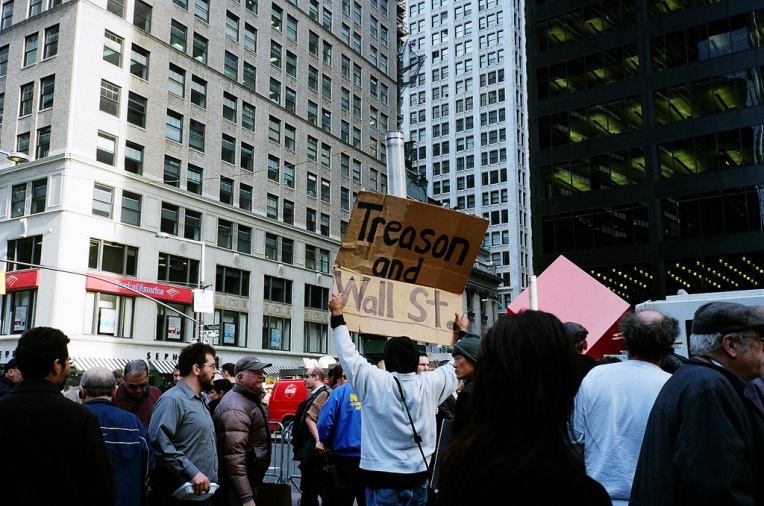 Still, this isn’t to say urban walking cannot be detached. There is something comforting about moving through a place anonymously, surrounded by activity. ‘To be a stranger surrounded by strangers, to walk along silently bearing one’s secrets’ Rebecca Solnit writes in Wanderlust: A History of Walking, ‘is one of life’s starkest pleasures.’

The liberation offered by movement, progress, the repetitious beat made on the pavement; all lives continuing, buildings standing, streets stretching on – though you may not be playing an active role, you feel part of something bigger, at home in a place over which you can claim ownership, a place where you can be alone in unity. Walking through the streets, you let the city take the reins. Charles Dickens undertook nocturnal urban walks to cure his insomnia and distress, as documented in Night Walks. There is something particularly special about night walks. They allow for a certain peace and observation; moving through the theatre of the city, watching it, transporting yourself. The city empty, majestic.

Of course there are practical walks – to get from A to B – and there are dedicated walks, or ‘wanders’. This act of walking for the sake of walking, or wandering, was championed by the psychogeographers, who identified their own particular brand of urban walking, the dérive (drift). A journey of unplanned movement throughout the city, the dérive was directed by an instinctive response to place itself. 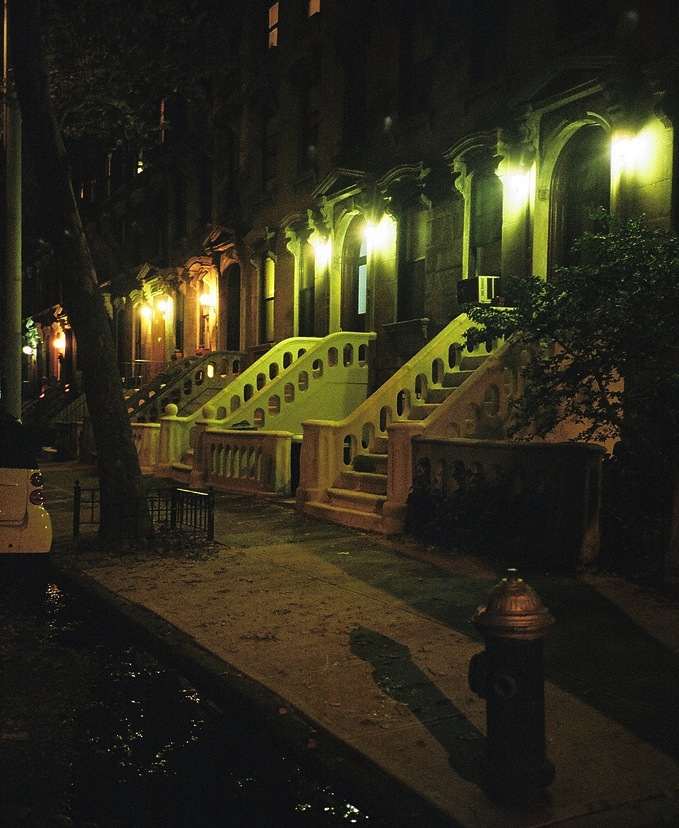 So, how do we embrace this urban experience in planning or managing cities? It is firstly about making ‘walkable’ cities and prioritising pedestrians. Luckily, now we are slowly moving away from building cities for cars, we look towards efforts to nurture and improve the public spaces and streets of cities for people to really interact with. Initiatives such as the pedestrianisation of streets (even if limited to certain days – see Paris on a Sunday), act as an invitation to experience the city on foot. Many organisations are working to improve urban public spaces – such as the Project for Public Spaces or Design Trust for Public Space. Living Streets champions the pedestrian, working to help make better, safer, more walkable streets. The ‘community streets audits’ they undertake engage local communities in collectively thinking about how such street environments can be improved to make more walkable places, beneficial to all.

The website Walkonomics actually rates the walkability of streets in cities, offering an understanding of how pedestrian-friendly different cities and neighbourhoods are or can be. Walkability is of course bound to the notion of liveability in cities: urban walking is not just an experience of enjoyment, it is also – critically – the more sustainable form of urban transport in an age of environmental degradation. This ideal of walkable neighbourhoods – small scale, tight-knit, fine grain and mixed-use – is at the core of much urban planning today (though I don’t agree with their elitist spin on this, the New Urbanists make this point clear as a case for anti-sprawl). We often forget in European cities about the extent of urban sprawl elsewhere: the absolute and total reliance on cars, the expanses of suburban and exurban places where walking is never an option. But not all cities can reflect the intimate and pedestrian-dominated fabric of medieval mediterranean hubs. It is about balance, and responding to context – placing public space and sustainability at the top of the agenda whilst still tending to economic needs. 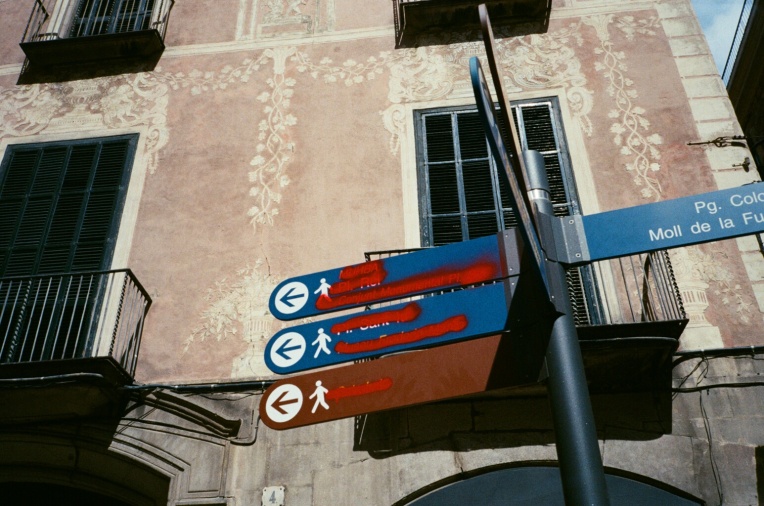 Brendan Crain draws out the coherent and convincing benefits of walking in the city: improved health, lower transportation costs, more unplanned social encounters, a better sense of purpose and community. This notion of a walkable public realm creating opportunities for chance encounters is also put forward by Jeff Speck in his new book Walkable City. Though we cannot design spaces that ensure social results, it is possible to create environments that facilitate such social benefits or interactions.

Speck’s 10 key ways to creating walkability are succinctly summarised in Kaid Benfield’s article. Beyond what is discussed above, Speck also puts forward the key role of architectural beauty, relatability and landscaping in supporting walkable urban places. The theory of ‘walk appeal’ mentioned in the article begins to refer to the imageability of the city – an urban form that facilitates exploration, navigation and coherence.

Last year I studied strategic and protected views in London. The issue both others and I have found with this planning policy, of a set number of static safeguarded viewpoints in the city, is that this is not the way we experience place at all. We process cities kinetically – we move through it and see cityscapes constantly shifting. Through walking across the city, we understand how it connects, challenging the disconnected experience formed by popping up at tube stops and illuminating new relationships and interstitial landscapes.

Walking embodies the thinking city – it gives you the space, the time and the stimulation to reflect and learn. But the spaces themselves must also be walkable. Beyond striving to create these better streets and public spaces for pedestrians, we perhaps need to help shift attitudes in a car-obsessed culture about the concept and desirability of walking itself. Next time you think about going for a drive, why not try a dérive instead?

All photographs are author’s own and all rights are reserved.

7 thoughts on “We need to walk about cities”